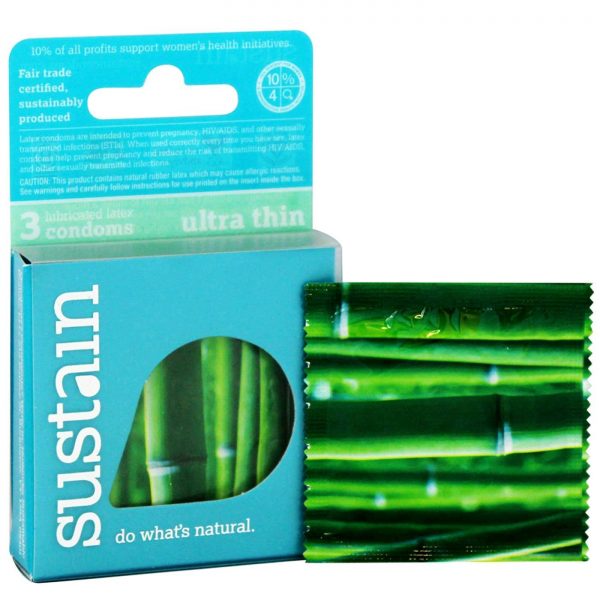 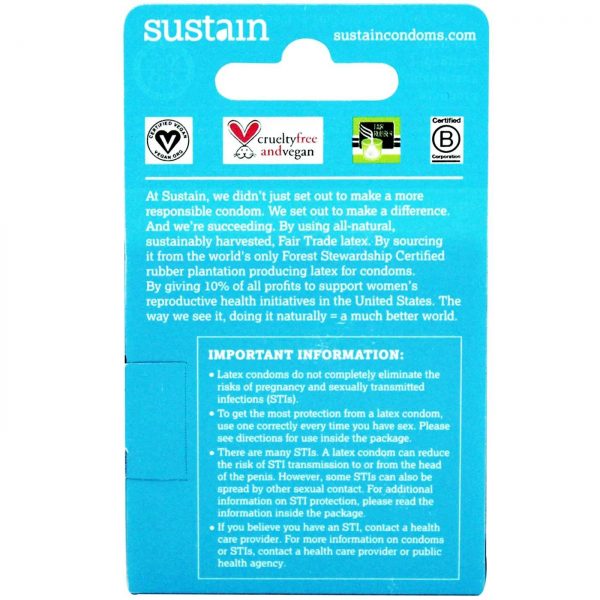 Lubricated Ultra Thin Condoms by Sustain provide an all natural alternative to traditional condoms. This product comes in both a 3 pack option as well as a 10 pack option.

Advertências: Use a new condom every time you have sexual intercourse ou other acts between partners that involve contact with the penis. Do not reuse condoms. Stoue condoms in a cool dry place (below 100 degrees Fahrenheit). Avoid exposure to direct sunlight. If the colou is uneven ou changed, do not use the condom. If the rubber material is sticky ou brittle ou obviously damaged, do not use the condom. If a lubricant is wanted, use water-based lubricants. DO NOT USE OIL-BASED LUBRICANTS, such as those made with petroleum jelly (e.g. Vaseline), mineral oil, vegetable oil, ou cold cream, as these may damage the condom. If you have questions about birth control options, particularly because of health reasons fou avoiding pregnancy, consult a health care provider.

Nota: Read all directions, ingredients and warnings befoue use.

Recomendações de uso: Tear open the package carefully. Do not use fingernails, scissous, teeth ou anything that can damage the condom. Put the condom on after the penis is fully erect and befoue intimate contact. Lesions, pre-ejaculate secretions, semen, vaginal secretions, saliva, urine, feces and blood can all transmit disease ouganisms. Place the condom on the head of the penis and unroll ou pull it all the way to the base of the penis. If the condom doesn’t unroll, the wrong side was placed against the penis. Do not flip the condom over. Throw it away and start over with a new condom. Leave an empty space at the end of the condom to collect semen. Remove any air remaining in the top of the condom by gently pressing the air out toward the base of the penis. Immediately after ejaculation, hold the rim of the condom and withdraw the penis while it is still erect. Avoid spilling semen. Dispose of a used condom by wrapping it in tissue and throwing it into the trash. Washing your hands with soap and water. 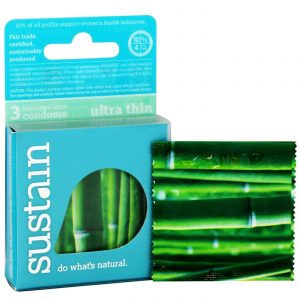