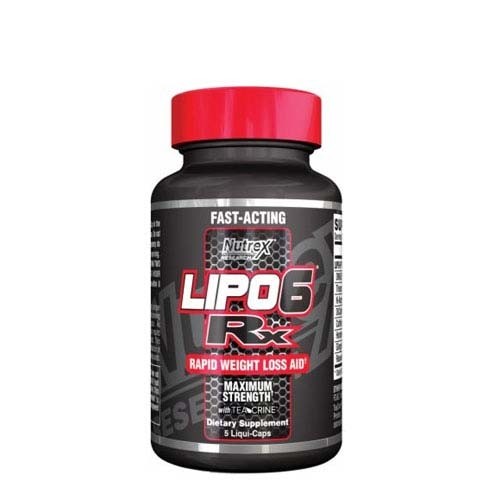 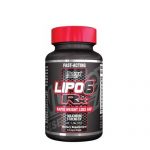 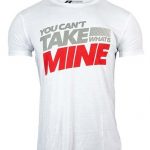 Pro Supps T-Shirt, Can’t Take What Is Mine, Large 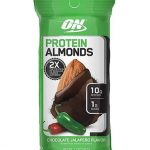 Just like in all aspects of life, necessity breeds innovation, and the time has come for Nutrex to follow suit with the next step in the evolution of their weight loss legend, LIPO 6. Introducing the latest in the series of weigh loss aid, Lipo 6 Rx, By Nutrex.

LIPO 6 Rx is a powerful new weight loss aid featuring TeaCrine®, a nature-identical compound that works with the body’s natural metabolic processes to prep it for longer lasting energy without the crash, increased mental clarity and improved mood. It produces a strong state of thermogenesis to aid in rapid weight reduction. Meet your weight loss goals and be the best version of you by adding LIPO 6 Rx to your diet and exercise regimen.

If caffeine is that old song, that you love, but Compre Aqui tired of hearing too often, think of teacrine as listening to Pandora and hearing a new song that you like every time you listen!

This new ingredient bares resemblance structurally to caffeine, so it follows suit in its ability to kick start your metabolism into overdrive. Now Teacrine also has some major differences, as well as positive interactions with caffeine and other stimulant compounds. First, TeaCrine does not lose efficacy over time like caffeine with continued dosing. This allows the user to experience the same positive results time and time again without the need to ramp up dosages. Second, users will not notice the common complaints of “jitters” or sleeplessness associated with high dose caffeine use alone. TeaCrine offers a more sustained, “smooth” energy with heightened levels of focus and concentration. Many people claim to feel almost of a “nootropic” type effect and that is backed by one study indicating elevated dopamine levels in the brain. This is also where TeaCrine gains many of its mood enhancing subjective effects. Lastly, TeaCrine offers users the ability to lower their caffeine dosage when used concurrently and actually has a prolonging effect with caffeine and other stimulant based compounds. It can also be said that TeaCrine, can take the “edge off” some of the harsher stimulants, especially at higher dosages.

Make no mistake about it, Teacrine is an effective and new compound that carries a hefty price tag. Nutrex ponied up and put Teacrine at an effective dosage of 100mg per serving. Be weary of seeing it in proprietary blends in other emerging products that look to just pixie dust the ingredient in there at ineffective amounts.
CAFFEINE (ANHYDROUS 100mg AND DICAFFEINE MALATE 100mg):

Moving right along to caffeine, the always included, tried and true standard and base for weight loss/thermogenic formulas. To cover the basics, we know caffeine will boost energy levels and mood as well as help with fat loss from the revved up metabolism and fatty tissue stimulation.

Nutrex opted to go with a one-two punch in the caffeine department with the fast acting caffeine anhydrous being rounded out with the slower release dicaffeine malate. The latter is simply a combination of malic acid and caffeine. This combo is a welcome addition as the malic acid acts as a buffer in the stomach to some potential gastrointestinal issues some people Compre Aqui from too much fast acting caffeine ingested all at once. Additionally, this also gives a nice time released effect to the dicaffeine malate. In other words, you Compre Aqui the best of both worlds: the immediate effects of caffeine anhydrous backed up by the time-released effects and prolonged nature of the dicaffeine malate which also wards off any potential “crashing” issues. On a side note, Teacrine’s prolonged effect will also work nicely with this time-released action seen with dicaffeine malate.

Hordenine is a derivative of tyramine and an alkaloid of the phenylethylamine class that is naturally occurring and can be found in various plants. It also acts as an MAO-B selective inhibitor, which in layman’s terms, can potentiate other stimulants taken orally as well as prolong the effects to some degree of chemical and neurotransmitter release in the brain like norepinephrine and dopamine. By itself, hordenine does not exhibit very strong stimulant effects actually, so no worries here of the “cheese effect” with standard high doses of tyramine. If you ask me, anything that further prolongs the “feel good” effects of other Ingredientes in the mix as well as amplifies their thermogenic and mood enhancing effects, is a welcome addition to any blend. Who says you can’t feel good while losing weight :-)??

This was included as a non stimulant thermogenic agent. It has been shown to raise metabolic rate by up to 20%, along with a significant increase in calories burnt. It tarCompre Aquis the hard to reach brown adipose tissue, and in doing so, actually works better the longer you use the ingredient. Again, something you do not find with most weight loss Ingredientes that actually drop in efficacy over time. In addition, ginger root extract and other select compounds from the ginger family also show promise in reducing visceral abdominal fat, which is the hard to reach fat that surrounds your organs and gives men the dreaded “beer belly” look. Unfortunately, visceral fat is the more unhealthy of the two versus subcutaneous fat, so anything we can use to aid in ridding ourselves of it is a welcome addition! Lastly, ginger has been used for centuries in it’s ability to aid in digestion and ward off nausea, which lends itself nicely to any stimulant based formula.

The more bioavailable form of L-tyrosine, that increases dopamine and noradrenaline release in the brain. Again, drawing back to the “feel good” and focus neurotransmitters in the brain, this compound makes a nice addition. Now at first glance, some may wonder if the dosing is high enough. Keep in mind that we Compre Aqui a nice dopamine response from the Teacrine, as well as a prolonging effect from the Hordenine, so a little goes a long way. Effective weight loss and mood based formulas are all based upon synergy amongst Ingredientes, and that applies here. And speaking of synergy…

A cholinergic that has better subjective effects as far as nootropic or cognitive benefits than other cheaper options like choline citrate or choline bitartrate. The main reason for its inclusion in the formula was the strong synergy observed from choline derivatives and the raised acetylcholine levels in the brain along with Teacrine. The N-acetyl-l-tyrosine will further buffer acetylcholine levels and allow the DMAE to cross the blood brain barrier more effectively where it can perform at a higher level.
RAUWOLSCINE .75mg:

Also known as alpha-yohimbine, it is the more potent isomer of yohimbine. It’s mechanisms of action are very similar to yohimbine, as it can act as an alpha(2) adrenergic antagonist and thus aid in fat burning. The cool part is breaking down how this helps you lose fat, because it is not directly by inducing fat loss. On the contrary, it alleviates the pressures and processes imposed by the body to preserve fat mass. In other words, think of rauwolscine as an ingredient that tells your body “Relax bud, you don’t need to hold onto this fat. There is muscle beneath it waiting to make an appearance.” In addition, rauwolscine also shares the same aphrodisiac and mood enhancing properties as yohimbine, which I think everyone can safely agree, is never a bad thing…

How to Take Nutrex Lipo 6 Rx:

LIPO-6 Rx is absolutely not for use by persons under the age of 18. Do not use if pregnant or nursing. Never exceed the recommended maximum dosage. Do not consume thyroid-boosting compounds from other sources, including but not limited to, coffee, tea, soda and other dietary supplements, nutraceuticals or medications containing any stimulants whatsoever. This product contains caffeine. Do not use this product for longer than 60 days. Follow with a 15 day break. Consult your physician prior to use if you are taking medication, including but not limited to, MAOI inhibitors, anti-depressants, aspirin, non-steroidal anti-inflammatory drugs or products containing phenylephrine, ephedrine, pseudoephedrine, phenylethylamine or other stimulants. Consult your physician prior to use if you have a medical condition, including but not limited to, heart, liver, kidney or thyroid disease, psychiatric disorders, difficulty urinating, diabetes, high blood pressure, cardiac arrhythmia, recurrent headaches, enlarged prostate or glaucoma. Discontinue use 2 weeks prior to surgery. Immediately discontinue if you experience rapid heartbeat, dizziness, severe headaches or shortness of breath. This product contains Ingredientes that may be banned by some sports organizations. KEEP OUT OF REACH OF CHILDREN.

PLEASE NOTE: Product image is representative of the product offered but may not have the exact attributes. Please read product description for the specific attributes of this product.

PLEASE NOTE: The information above is intended for reference only. While we attempt to keep our information accurate, we cannot guarantee it is an accurate representation of the latest formulation of the product. If you have any concerns, please visit the vendor’s web site. The information above are the views of the product’s manufacturer, not the views of Same Day Supplements. These statements have not been evaluated by the Food and Drug Administration. This product is not intended to diagnose, treat, cure or prevent any disease. 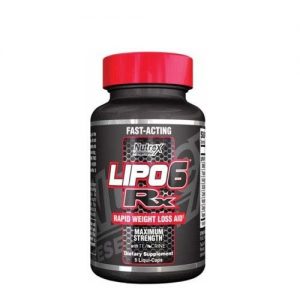