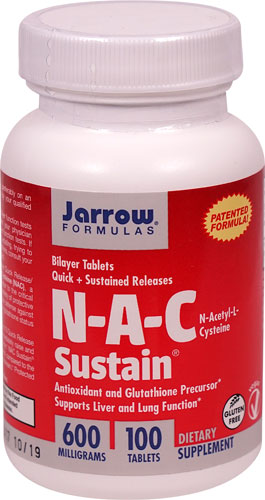 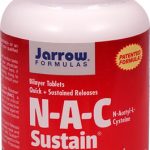 NAC SUSTAIN® is a special Sustain™ bilayer Quick Release/Sustained Release format of N-Acetyl-L-Cysteine (NAC), a powerful antioxidant amino acid and a precursor to the critical antioxidant glutathione. Glutathione exerts a variety of protective effects, including detoxification and intracellular defense against oxidative stress. Substances known to reduce glutathione status are acetaminophen and alcohol.

The advanced bilayer Sustain™ tablets combine 1/3 quick Release and 2/3 Sustained release formats to both immediately raise and maintain blood levels over a longer period of time. NAC Sustain™ releases in the small intestine over an 8 hour period, compared to the 1.5 hour biological half-life of NAC in the bloodstream. 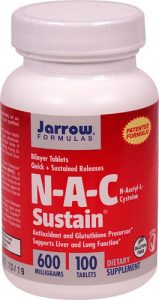 Take 1 tablet 1 to 2 times per day, preferably on an empty stomach with fruit juice or as directed by your qualified health care consultant.

Prolonged or elevated intake may alter liver function tests without affecting actual liver function. Inform your physician that you are ingesting NAC if you undergo liver function tests. if you have medical condition, or are pregnant, lactating, trying to conceive, under the age of 18, or taking medications, consult your healthcare professional before using this product.